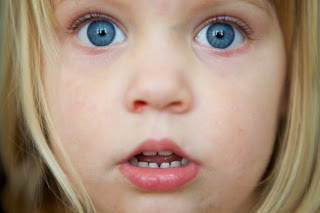 © James Worrell (I wish I could take credit for the image above--alas...You can see the bit of blood that came out of June's nose as a result of the mishap I expound on below.) 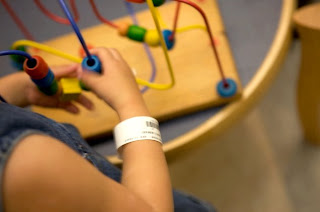 © Me
This seems to be the summer of illness, at least for June, though it somehow doesn't feel that way. I suppose it's because she recovers quickly, and it's quite enjoyable having a warm little oven want to lie in the crook of your arm and sleep. Plus it's nice to not have to feel guilty about letting them watch TV and movies all day.
Apart from illness June also landed herself in the hospital last week by sticking gum up her nose. Way up her nose. We were about to head to a friend's house for dinner when she announced what she'd done--and quite proudly, I might add. (Now you know that, yes, I give my children gum, which prior to having kids I thought was somehow irresponsible, and now that I'm a mother have discovered is one of the best bribery tools around.)
Something about the nasal passages and their proximity to the brain sent me into a bit of a tizzy. This seems to be universal--I've witnessed other friends become panicked when their kids have jammed sharp objects roundabouts; ears also seem to spook parents. I started running around looking for a toothpick or tweezers, anything to pluck out the offending object. I managed to pull out a small piece, but could see more way in the back; I tried again and then accidentally poked her, which started her nose bleeding, which got her and me even more upset. James made an attempt, and then there was a call to the pediatrician, and we were given the advice to head to the children's ER. Off we went in two cars, with Edie whining about wanting to play with her friend Isabel, and June with James in the other car, eating a lollipop.
We arrived, waited for a bit while June played happily and Edie continued to whine, and when it was our turn we decided that James would take June in and I would head to Paul and Paulo's to spare Edie who a.) is very protective of her little sister and is traumatized by seeing her get shots, etc. and b.) so that she would get to have a distraction in a playmate.
I soon heard the story of how four people had to hold June down while she screamed so piercingly that James put his head down on her legs and cried, and how after three attempts they managed to pull out a piece of gum that was so large that everyone gasped in shock. All I can think is that she was packing it up there on consecutive days, or that one piece of gum chewed up is much bigger than you think--it's a mystery. About an hour later we were all at dinner, and June went off and played as if nothing ever happened. That kid is tough.
There was incredible weather, with hail and thunder, and a trash can floating down a river in the street as if it were making its escape, and we all agreed that it was a strange day. For my part I had a stiff drink and was thankful for good friends, and that all had ended well.
There is something both humorous and terrifying about these sorts of instances--as a parent you see how easy it is for your child to do some crazy things, and it sets your mind worrying about other more dangerous, more consequential crazy things. And then there is the gratitude that once again you managed to make it through another day with yourself and your family complete. Every night when I go to bed and my loves are tucked in safely I think about that: I think "one more day" and then I have to push the thoughts that make the room spin with emptiness out of my head.
Right now I'm the only one awake; soon I'll also be in bed, and again I'll repeat my mantra, and again I'll be thankful that I'm drifting off with my family whole and intact and perfect in its imperfection.

Sheri Reed said…
nodding, nodding, nodding furiously. i so get this. the night anxiety is the worst, especially when woken mid-night and you can't seem to turn it off. the worry. our mortality. the love.
August 9, 2009 at 4:07 PM 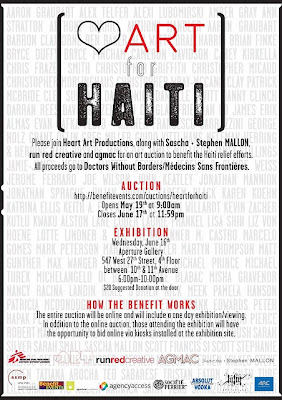