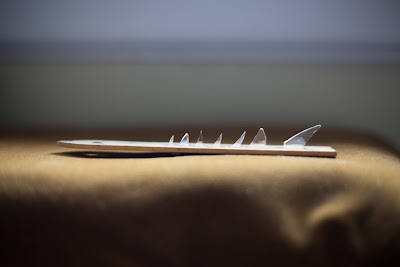 Stuart Pilkington was kind enough to ask me to participate in his latest project "The Chain" which went live a couple of days ago (my contribution is above). I loved having an assignment--structure and deadlines are always a nice change of pace. Here's the gist of the project, from the website:

My title was "The shadow of a doubt" (provided by Beth Dow) which I found very inspiring, and quite relevant as my newest series has some darker undercurrents, with things lurking below the surface and all that jazz. Today I was online researching poltergeists and their relationship to repressed adolescent emotion and got myself good and creeped out (it's not as pretentious as it potentially sounds--hopefully...). I have an idea of where it's all going and I'm in that stage where things that seemed only loosely related are starting to make sense as a whole.

As far as the title I assigned is concerned ("take a picture of something you hate"), I wish I hadn't been so literal--I think I literally took the assignment to come up with a title too literally. Har har. After reading all of the other titles I realize in retrospect that there was a real opportunity to be more experimental with it. All the more so since Colin Blakely was my assignee (is that a word?) and the titles for his own work are full of meaning; for example the image below--which I've always loved--is called "Recollection of the Battles Fought Maintaining the Home Front": 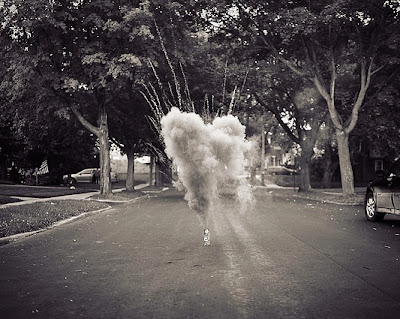 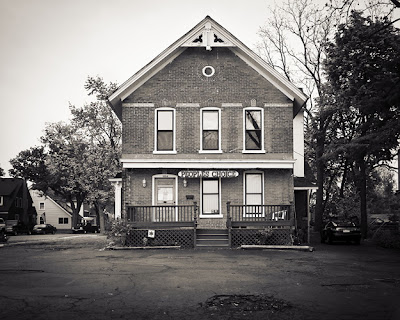 © Colin Blakely
And above is the "thing he hates" which I think he should try christening with a title of his own making.


P.S. Stupid Blogger is making my formatting all wonky, apologies.