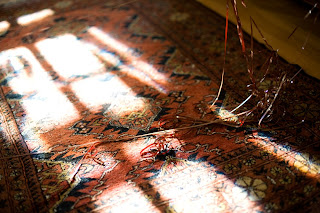 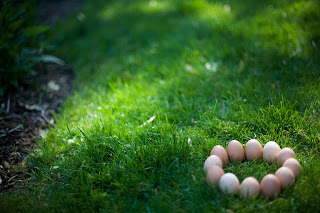 Two images shot in the last week or so. Not sure about the second picture, I wanted it to be more uncanny but I'm wondering if it looks maybe too pretty to be unsettling...The first for some reason keeps making me think of Chaos Theory (though the title is Analog). Some of my work lately seems to be going in the direction of finding patterns in the disorderly, and on the flip-side creating order out of random things. Not sure where it's going, but it partly hinges on the manipulation of one's environment, and a creepy sense of order arising spontaneously without any human interference.

Now, I can't claim to truly understand Chaos Theory and all it entails, but touching the surface of it I find the back of my brain grasping for its connection to art. I've also been vaguely pondering Carl Sagan's book Contact, which I haven't read since college, and the notion of a message being contained in π. I decided to look it up on Wikipedia and found this written about the book's premise: "Very, very far from the decimal point and in base 11, it finds that a special pattern does exist when the numbers stop varying randomly and start producing 1's and 0's in a very long string. The string's length is the product of 11 prime numbers. The 1's and 0's when organized as a square of specific dimensions form a perfect circle." Maybe that's where the eggs in a circle came from...Or not. Just some things to ponder and play with, whether they become part of the concept behind the new series or are just interesting things to consider. I hesitate to make too much of it, as my work in some ways is more visceral than intellectually-based. Certainly I think long and hard about meaning and the portrayal of that meaning in my work, but it's usually from more of a personal angle rather than any grandiose overriding "concept." Still, I thought I'd share some of my slightly out-there angles on it all.

Speaking of chaos, there's a sink full of dishes and a hamper full of laundry and a body in need of rest. I'm off. 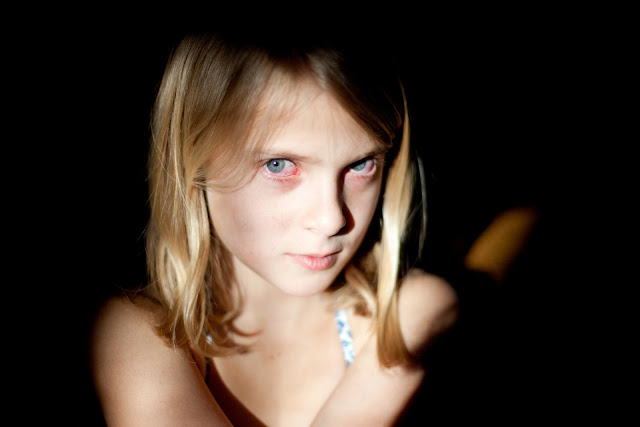